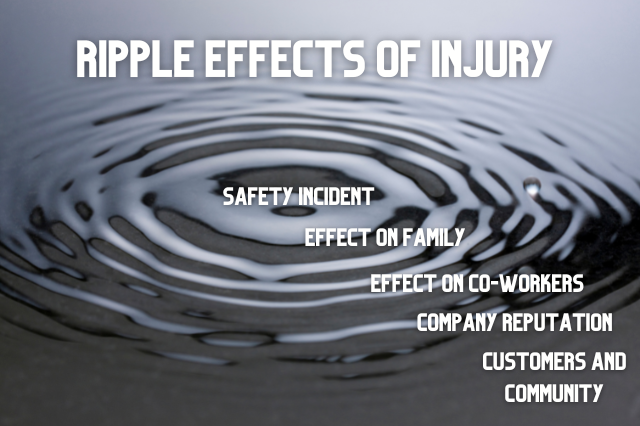 A lot of Toolbox Talks (ours included) tend to play on the direct physical harm that can come from unsafe work practices. While that is an effective method of getting the point across, it misses the other half of the equation. The ripple effect of safety can work in a variety of ways, from your coworkers attitude and well-being, to your company’s reputation, and in some cases people that are completely unaware that you even exist.

Construction work gets done quickly, you often learn while you are doing it, and you listen to the people that have been there longer than you. It is vital for the future of our trades, that we work with a respect for safety and the humans doing the work. The person(s) doing the training at your company should have a positive attitude for safety and pass that on to the trainee.

I’ll give two examples and see which company you would rather hire to work on your home.

Would you rather work for Bill or John?

Safety does add some overhead to your jobs, but you will reach a break even point where your quality of work and employee morale will become a selling point.

If I do a bad job, the worst that could happen is they fire me – FALSE.

The work you do today affects people next week, month, year, maybe even 20+ years. – TRUE

I like to reference new home construction. During construction there is limited access to the house, more than likely it’s a wooden walkway that ramps up to the front door, built by the rough carpenter that framed the house. For the next 4 months after the carpenter is gone, countless people will use that ramp: plumbers, electricians, mechanical trades, the customer and their kids, inspectors, nosy neighbors, etc. The safe construction of that ramp reaches far beyond the few days the carpenter needed it for themselves.

What ripple effects do you make at work? Do you bring a positive attitude for the quality of work you do and the safety of yourself and others? It is easier to start safe, than to try to correct your course as a result of a catastrophe.

Don’t be the reason someone else gets hurt or quits. Be the reason they stay and become better.

LATEST FROM THE BLOG

We Serve the Following Areas